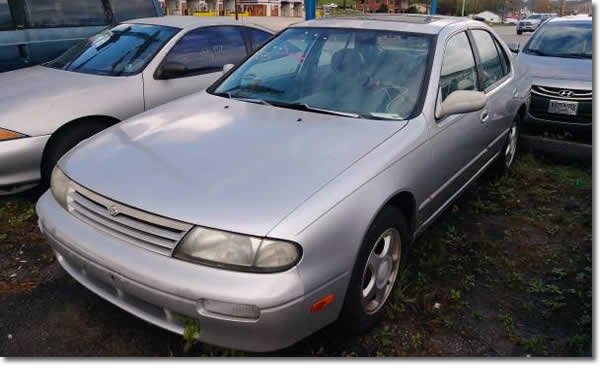 I have a Nissan Altima 2000 which i bought a couple of months back with 122500 miles on it.
Some days ago there was no Antifreeze /coolant in the car ( i had checked the Coolant box and the Radiator both were empty or there was hardly any coolant) and hence

it will not leak or the coolant will not come out.

Recently i filled my Car Antifreeze box with Coolant fluid Prestone® 50/50 Antifreeze/Coolant and also filled some coolant in the Radiator directly.
2 days back i got my oil changed at Firestone and i was alarmed that the coolant is leeking from radiator along the Seams 431459 RADIATOR
(sides or radiator tap) actually there were few green spots.

so is it normal or i need to do some thing.”

According to firestone i need to change my

If the radiator is leaking, then by all means you need to have it replaced. It is a good idea to replace the thermostat at the same time to help prevent the problem with the new radiator.

No need for the hoses to be replaced unless the are bad. No need to have the coolant flushed and sealed. They are replacing the coolant when they replace the radiator, unless this is there odd way of charging you for it seperately.

Theremostat is about $18.00 for the part, not sure why they want to charge so much for this. If you haven’t been having problems with no heat after filling the radiator level, then you could skip this. They should only be charging around $120.00 for this since they are already draining and fillin ght ecoolan with radiator repalcement.