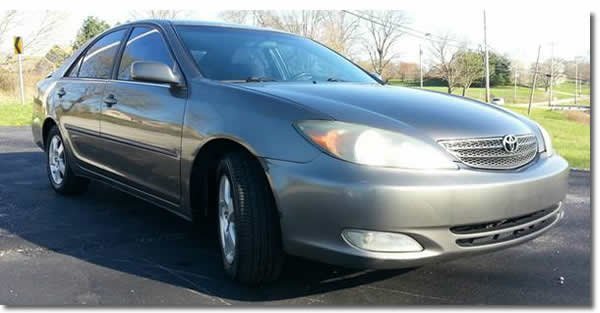 OK so it all started off with my check engine light coming on and that was for the two oxygen sensors (top and bottom) which I haven’t changed. It was running okay for a good 5 months until it suddenly didn’t turn on one day due to the starter. I changed the starter and then about 2 months later the car started jerking back and forth and not accelerating uphill. I thought it was the transmission at first, especially after it finally wouldn’t go more than 30 mph. And that was on a good run.

My car is at 230 thousand miles. So my friend didn’t think that was it since his computer read it was one of the coils. We changed one of the coils, nothing. Then changed the spark plugs, nothing. Then finally the mass air flow sensor and bam. It started working again perfectly. Ran a good two weeks and all of a sudden my car started to jerk again really hard. Have I mentioned that my top motor mount is cracked too, eek.  It suddenly turned off and so I cleaned out the mass air flow sensor and it started up again. It ran okay for a few minutes before I had to park.

Now… what happens is that the car turns on OK and doesn’t stall or anything… UNTIL I shift it onto Drive. Reverse and Neutral and Park are OK it seems to be just when I shift it onto Drive and what happens is that it turns off. The whole car completely off. I cant move or accelerate or anything. Won’t budge. I even went back to get a brand new mass air flow sensor(remanufactured though) thinking maybe it was a faulty part I was sold but nothing. Any ideas? Help! lol

I would start by replacing the upstream oxygen sensor(A/F Sensor) since you have a code for it. The upstream oxygen sensor is what tells the computer it needs more or less fuel based upon the burn.  The downstream just lets you know if the catalytic converter is doing it job and has no effect on drivability whatsoever. Also if you have any other codes it would be a good idea to look into each one of those codes. Post the codes below and I will be able to give you more information on each.