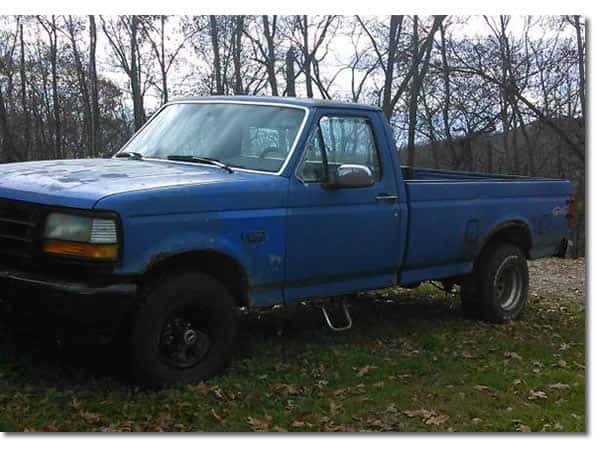 Fuel pump will not prime

If your truck utilizes a mechanical fuel pump follow the testing procedure listed below. These trucks (1990 – 1996) employ a single, high pressure pump which is part of the modular, In-Tank Reservoir (ITR) assembly. Besides the pump, the ITR consists of a venturi jet pump, a supply check valve and a shuttle selector valve. All this is mounted on the fuel gauge sender flange. The sending unit is separate from the ITR module.

When the fuel system is opened allowing the pressure to bleed off will require the system to be primed once reassembled. This can be achieved by cycling the ignition switch on and off. The ignition key needs to be moved to the “ON” position for 5 seconds and then moved to “OFF” for 5 seconds. This needs to be repeated a minimum of 10 times. If fuel pressure has not built up, check for fuel leaks first. Then test your fuel pump relay function. Next test your fuel pump.

CAUTION
Never smoke when working around gasoline! Avoid all sources of sparks or ignition. Gasoline vapors are EXTREMELY volatile!

To determine that the fuel pump is in satisfactory operating condition, tests for both fuel pump pressure and volume should be performed.

The test are performed with the fuel pump installed on the engine and the engine at normal operating temperature and at idle speed.

Before the test, make sure that the replaceable fuel filter has been changed at the proper mileage interval. If in doubt, install a new filter.

If the pump pressure is within the proper range, perform the test for fuel volume.