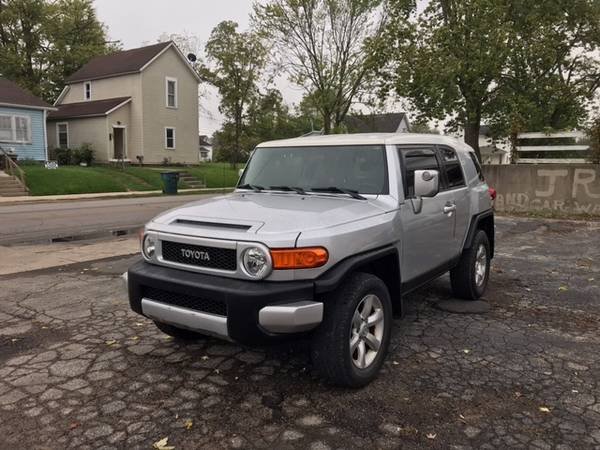 3 weeks ago did some 100,000 mile maintenance on my FJ: Engine Coolant system service/fluid flush, Transmission Fluid Flush & replaced front/back shocks. After I got it back, my AC only blows cold air at night (60 degrees outside). And even at night after it’s been running a bit or on the freeway, it’s no where near as cold as it was before the service. During the day it’s worse (70 degrees outside). I can just barely feel cold air if I put my hand right next to vent & put the vents setting to blow only up top. Before the services I mentioned above, AC was blowing cold no matter how hot it was outside. It would even blow cold when idling, but blows very warm now when idling.

I didn’t notice this problem till about 2 weeks later. After I got it back, had a cold spell outside & wasn’t using the AC. But had a couple warm days in a row this week, used the AC, & then realized the issue. However, it was very warm in the days leading up to the service so I had used the AC right before I took it in. (Live in So Cal by beach & in winter it can be 80 deg one day & 65 the next).

When realized issue, called repair shop right away who did service. Was told the engine coolant service/fluid flush-replace has nothing directly or indirectly to do with the AC… that it was just a funny coincidence. So they want to charge me again ($152) to check AC/recharge it & add “freon” if it’s low. And more $$ if there’s a bigger issue (leak, etc).

Is the repair shop being truthful that the AC problem is “purely coincidental” & has nothing to do with the engine coolant system and service they did?

He also told me the “freon” for the AC is a separate fluid than the coolant for the engine. Is that correct?

During the engine coolant service, could/should it have been discovered that the AC system had leaks?

If AC “freon” is leaking, would there be a puddle under the FJ after it sat for a while?

If I dont turn on AC, how long can I wait to get it fixed? I don’t have the money for repairs, so might be about a month before I can.

Things I’ve Tried:
Some experiments on the AC as described above (when it’s blowing all hot air, temp of day, changing vent settings, running the car on fwy, etc.) Nothing I try causes AC to blow at the cold temp like it did before service.

Last thing I’m going to try is changing the cabin air filter… it’s due. I haven’t tried that yet before posting because don’t have the funds to buy one right now (was also going to try to change it myself). But if it was the cabin filter, I logically would have had this problem before the service(s).

It is possible that the mechanic evacuated(STOLE) some of the Freon out of the system before they returned the vehicle. But difficult to prove without watching. Since you didn’t operated the AC as soon as you picked it up it is even more difficult to tell since it has been two weeks or so.

Now from what you have stated it is also possible that some Freon has leaked out and the system is just low and needs to be recharged. Fortunately you can recharge the system yourself if you choose to and save some money. I’ll show you how in the video below. Or you could continue to drive it as long as you would like without doing any repairs to the air conditioning at all. And you can drive it without worrying about doing any further damage.

Freon used in the video:

Here is a video I made adding Freon to a air conditioning system: https://youtu.be/0honDr0q1lU