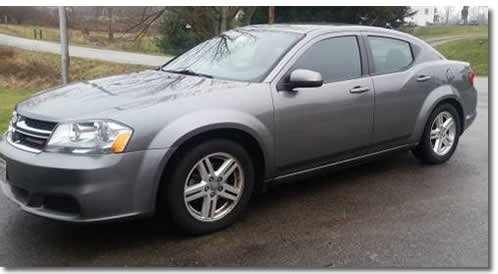 My 2012 Dodge Avenger problems with the HVAC system. The heater is warm on drivers side, but blowing cold air on passenger side??

A couple of thoughts come to mind right off. First, if anyone has been messing about under the dash something may have been knocked loose. An aftermarket stereo installation would be a great place to start looking. An air duct may have been taken loose, etc.
Second thought would be a failed blend door actuator. Actuator failure is a common cause for this. 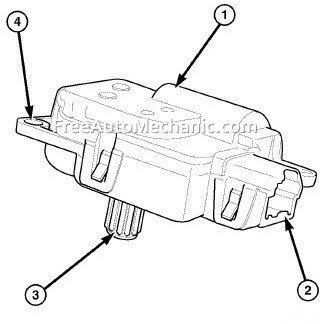 The blend door actuator is interchangeable with the actuator for the mode-air doors and the recirculation-air door. Each actuator is contained within an identical black molded plastic housing with an integral wire connector receptacle (2). Each actuator also has an identical output shaft (3) with splines that connect it to its respective door linkage and integral mounting tabs (4) that allow the actuator to be secured to the HVAC housing. The blend door actuator does not require mechanical indexing to the blend-air door, as it is electronically calibrated by the A/C-heater control.