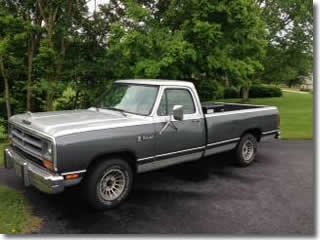 I have a 1987 Dodge D-150, 5.2L, automatic transmission, 2WD, and would like to know if I could put a 5.9L motor in and still have the transmission bolt up without changing it out?

The blocks are the same, just the 360 is bored out to a larger displacement. So yes the transmission should bolt right up without any issue.