I HAVE NO POWER TO 10AMP FUSE INSIDE CABIN FUSE BOX. CAN NOT FIND A RELAY. NO POWER TO BLOWER MOTOR TO SEE IF RESISTOR IS BAD

This system is a bit confusing. It looks like there are several fuses to check and a relay involved. The relay is located in the same Under Dash fuse box as the blower motor fuse according to the diagram(below). However looking at the Engine compartment fuse box diagram(below) there is the 40 amp fuse that should be checked as well. I will provide you with the wiring diagrams to help assist you in your project. This should help you narrow down the circuit for the 10 amp fuse you are looking at. 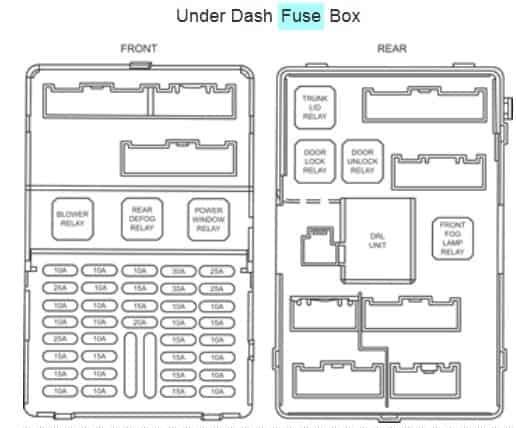 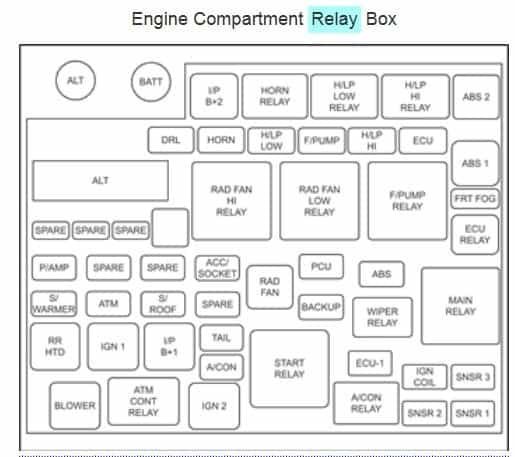 Relays are composed of a coil and a set of contacts. When the coil has a current passed though it, a magnetic field is formed and this field causes the contacts to move together, completing the circuit. Most relays are normally open, preventing current from passing through the circuit, but they can take any electrical form depending on the job they are intended to do. Relays can be considered “remote control switches.” They allow a smaller current to operate devices that require higher amperages. When a small current operates the coil, a larger current is allowed to pass by the contacts. Some common circuits which may use relays are the horn, headlights, starter, electric fuel pump and other high draw circuits.