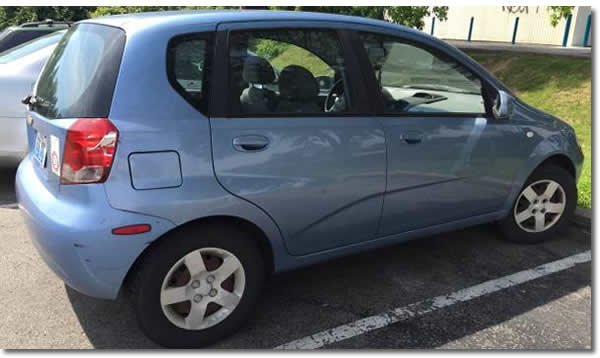 Hey there! I’ve got an odd issue with a 2005 Chevy Aveo with the oil light on. Earlier today I replaced the fuel pump because I was having problems getting it to start and it seems to have done the trick, but now when driving the engine makes a lot of noise when I give it gas and the check oil light comes on even though I’ve checked the oil and it’s fine. It’s got about 123,000 miles on it so I suppose I shouldn’t be surprised, but it seems like it’s another problem altogether. Is it possible that removing the negative battery cable caused a weird electrical quirk when I reconnected everything? Any ideas?

Is it possible that removing the negative battery cable caused a weird electrical quirk when I reconnected everything?

Probably had nothing to do with it. The oil light comes on because of low oil pressure, not because the oil level is low. If the engine is making a knocking noise, the oil pump has gone out. If you drive it or run the engine this way permanent damage will occur. It doesn’t take long either. Just a few miles down the road without oil pressure and the engine is done. The internal components of the engine, specifically the rod and crank bearings, require oil pressure in order to get the oil to the places that need the lubrication it offers.

If your vehicle has low engine oil pressure, this light will stay on after you start your engine, or come on when you are driving.

This indicates that your engine is not receiving enough oil. The engine could be low on oil, or could have some other oil problem. Have it fixed immediately by your dealer.

The oil light could also come on in three other situations:

• If you are idling at a stop sign, the light may blink on and then off.

• If you make a hard stop, the light may come on for a moment. This is normal.

Warning! Do not keep driving if the oil pressure is low . The engine can become so hot that it catches fire. Someone could be burned. Check the oil as soon as possible and have the vehicle serviced.

Caution! Lack of proper engine oil maintenance may damage the engine. The repairs would not be covered by the vehicle warranty. Always follow the maintenance schedule in this manual for changing engine oil.