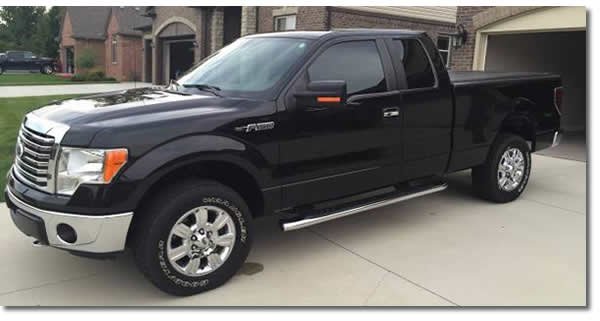 The vehicle is not operating at all like the standard ford PATS system, the alarm (lights and horn) should only go off in the event the panic button is pressed. This vehicle does not have a perimeter theft system. It just has a coded key.

You need to disconnect the negative battery cable for 10 minutes. Then reconnect. Now lock unlock the door with the remote key fob then use the key and do the same, now try starting it. if this fails to work then someone has installed something else in the vehicle incorporated with the ford standard system or you have a faulty PCM.

The RKE feature provides lock/unlock functions independently of key position, vehicle speed, or transmission position. The RKE feature provides a stepped (if enabled) process for unlocking the doors. Upon receipt of the first request for unlocking the doors, the RKE feature requests the BCM to unlock the driver door only and provides a long flash of the turn signals. If another unlock request is received within 3 seconds of the first, the RKE feature requests the BCM to unlock all the doors. This feature can be configured to global unlock, so that all the doors unlock on the first press of the UNLOCK button. Refer to Stepped Unlock Programming in this section for programming information.