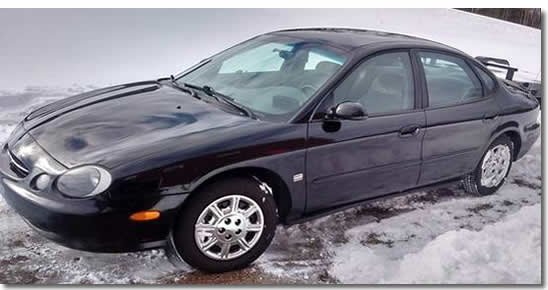 Freeze plug leaking between firewall and engine. I live in South Texas where this plug serves no purpose. Considering coating it with a high-hear, waterproof gasket sealer or something similar. Is this a bad idea. If you think it would work what would you recommend I use?

Sealing instead of replacing the plug is fine. If it is a tiny leak why not seal it from the inside out. It is easier to do and will save you time. I recommend Pelletized Bar’s Stop Leak. It isn’t just for radiator leaks. It is designed to seal other coolant leaks as well.

With the engine cool, add the contents to the radiator and run the engine. Its that easy. Well worth the try and its under $5. The stop leak even has lubrication for the cooling system components that will prolong there life.

To remove a large core plug, drill a 12.70 mm (1/2-inch) hole in the center of the plug and remove with Impact Slide Hammer. Clean and inspect the plug bore.

Inspect the plug bore before installation for any damage that would interfere with the proper sealing of the plug. If the bore is damaged, true-up the surface by boring for the next specified oversize plug.

Oversize plugs are identified by the “OS” stamped in the flat located on the cup side of the plug.

Coat the plug and/or bore lightly with an oil resistant (oil galley) Stud and Bearing Mount E0AZ-19554-BA or equivalent meeting Ford specification WSK-M2G349-A1 or Threadlock 262 E2FZ-19554-B or equivalent meeting Ford specification WSK-M2G351-A6. Install the plug following the procedure for cup-type or expansion-type as listed below:

Cup-type core plugs are installed with the flanged edge outward. The maximum diameter is located at the outer edge of the flange. The flange on cup-type plugs flares outward with the largest diameter at the outer (sealing) edge.

When installed, the flanged (trailing) edge must be below the chamfered edge of the bore to effectively seal the plugged bore.

When installed, the trailing (maximum) diameter must be below the chamfered edge of the bore to effectively seal the plugged bore.

When installed, the flanged (trailing) edge must be below the chamfered edge of the bore to effectively seal the plugged bore.