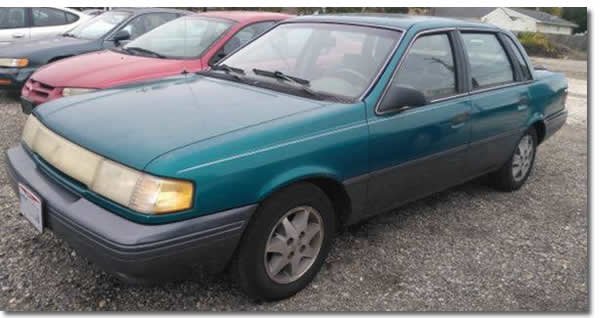 I bought my 1994 Mercury Topaz V4 Automatic about a month ago. Once I pulled the codes and it had a code P0158 for the MAF sensor. I replaced the MAF sensor, air filter, PCV, and fuel filter. When I was on the freeway today and I noticed it was making this exaggerated revving sound after 60 mph. Then it slowly and consistently lost speed. I immediately got off the freeway in time to coast into the gas station as it cut off. Then when I tried to restart it, it won’t turn over. Help!

The good news is I do not think the MAF sensor you installed has anything to do with the engine not turning over. The issue you described sounds like the alternator is no longer charging the battery and the engine ran off the battery for as long as it could and then quit. A dead battery is the most common reason for an engine not to turn over. However there are other possibilities. You’ll find a no start diagnostic chart to follow from this page.