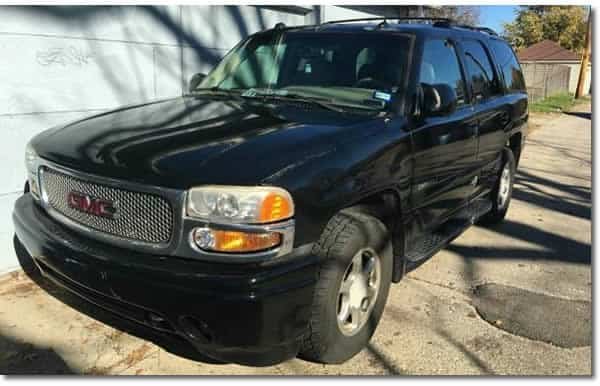 I have a 2005 GMC Yukon XL that I have just replaced the fuel pump in. After getting the old pump out and installing the new one, reconnecting all the hoses and lines and getting the tank back up in place, I turned the key to the on position about 4-5 times to re pressurize the system. After that the truck started right up. Ran perfect. The wife used to it to run a few errands, and later ran to the store, still no problems.

Next day, I went to run to the gas station and it didn’t start right up. I just turned the key to the on position a couple times and it started. As I proceeded to drive down the road, I stepped on the gas pretty good and it like fell flat. It wouldn’t rev up. I left it run as I ran into the store and on my way back it seemed to slowly rev up more and more.

Later that afternoon we went to leave and took like 15-20 minutes to get started. And every time I would put it in gear it would die. So I left it till the next day and now I can’t get it to start, sounds like it wants to but wont. I can still here the fuel pump turn on when I turn the key to the on position but, it sounds like its got air bubbles in it?? Like its pushing air. I ended up replacing the pressure line because I couldn’t get the old fuel line out of the the plastic connector. It took some time but I did end up finally getting the old return line out and was able to use the original plastic connector.

I just wondering if that original return connector isn’t holding pressure? Or if I have some other line that isn’t seated properly?? Or, do I have a faulty fuel pump or a clogged fuel filter?? Any help would be greatly appreciated! Thank You!!

Anytime you have a “crank no start” problem you first want to determine what the engine is not getting. Once you know for sure its not getting spark or fuel you can concentrate on that system. Since you are pretty certain you have a fuel problem. A quick test can be done. Spray starting fluid in the air filter while someone cranks the engine over. Hold the gas pedal at least half way while doing so. If the engine fires right up, you have proven there is a fuel related problem. About the only way to get air into the system would be if the fuel tank was empty or the fuel pump was faulty.

The fuel filter should be replaced anytime the fuel pump is replaced. It is  a normal maintenance part and will only help the situation. Of course the fuel system needs to re pressurized after replacing the fuel filter similar to what you did when you replace the fuel pump earlier. The in-line fuel filter is located on the rail behind the composition sensor for the 5.3L engine. The 4.8L,6.0L and 8.1L engines do not have an external fuel filter, just the one in the tank connected tot he fuel pump. 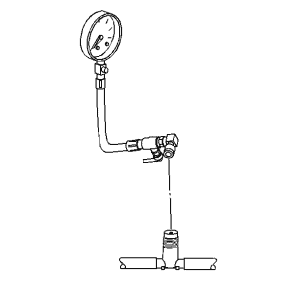 When dealing with the fuel system it is important to know the fuel pressure of the system. Without the correct fuel pressure the fuel injectors will not fire. The fuel system pressure should be between 55-62 psi for gasoline engines and is slightly lower for ethanol engines at 48-54 psi. Connect the fuel pressure gauge tot he fuel rail test port located under the engine sight shield. In conclusion when the fuel pressure is below the specified reading some restriction may be involved. Consequently replace the fuel filter and see if the reading increases. If not the fuel pump may need to be replaced as a result.