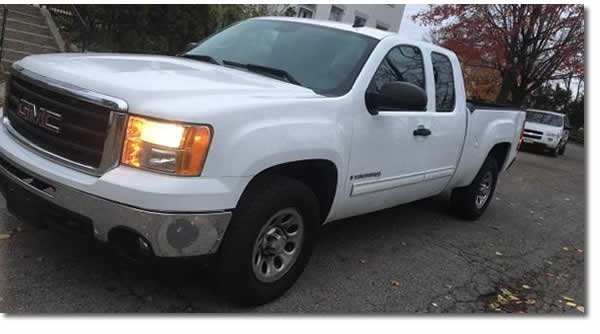 Keep getting a ‘stabiliTrak service and service traction’ error message. The ‘brake pedal sensor switch’ has been replaced and now the message appears only when the engine is idling for more than a few minutes (disappears once I start driving). What could cause the message to keep appearing?

My first guess would be a faulty sensor or sensor connection. However some hands on testing would be needed to locate the issue.

This vehicle is equipped with a BOSCH ABS/EBD/TCS/VSES brake system. The electronic brake control module (EBCM) and the brake pressure modulator valve (BPMV) is serviced separately. The BPMV uses a 4 circuit configuration to control hydraulic pressure to each wheel independently.

If equipped, this warning light should come on briefly when the engine is started.

If the warning light does not come on then, have it fixed so it will be ready to warn you if there is a problem. If it stays on, or comes on when you are driving, there may be a problem with your StabiliTrak® system and your vehicle may need service. When this warning light is on, the system is off and will not limit wheel spin. Adjust your driving accordingly.

This light will also flash when the StabiliTrak® system is active.

If the StabiliTrak® system warning light comes on and stays on for an extended period of time when the system is turned on, your vehicle needs service.

The message center displays the service stability system message when any one of many VSES-disabling DTCs is set. The EBCM sends a serial data message to the IPC requesting this display.

The message center displays the service traction control system message when any one of many traction control – disabling DTCs is set. The EBCM sends a serial data message to the IPC requesting this display.

The message center displays the stabiliTrak off message when one or more of the following conditions exists.

Vehicle stability enhancement system (VSES) provides added stability during aggressive maneuvers. Yaw rate is the rate of rotation about the vehicle’s vertical axis. The VSES is activated when the electronic brake control module (EBCM) determines that the desired yaw rate does not match the actual yaw rate as measured by the yaw rate sensor.

The desired yaw rate is calculated by the EBCM using, primarily, the following inputs.

The difference between the desired yaw rate and the actual yaw rate is the yaw rate error, which is a measurement of oversteer or understeer. When a yaw rate error is detected, the EBCM attempts to correct the vehicle’s yaw motion by applying brake pressure to one or more of the wheels. The amount of brake pressure which is applied varies, depending on the correction required. The engine torque may be reduced also, if it is necessary to slow the vehicle while maintaining stability.

The vehicle stability enhancement system (VSES) sensors values may vary slightly due to differences in temperature, sensor mounting, connector resistances, manufacturing, etc. Since VSES is a very sensitive and precise control system, it is imperative that the electronic brake control module (EBCM) be able to accurately equate a given sensor voltage with an actual unit of measurement. For example, the yaw rate signal of one vehicle may be 2.64 volts at +18.0 deg/sec yaw rate while the yaw rate signal of another vehicle may be 2.64 volts at +17.5 deg/sec yaw rate. Therefore, at the beginning of each ignition cycle, the EBCM must perform an initialization procedure to observe how the VSES sensors are correlated with each other and also to determine what each sensor value is when the applicable unit of measurement equals 0. This voltage is referred to as the sensor bias voltage. Although some activation of the VSES system may occur if required to prior to full initialization, the system does not give optimum performance until the sensors are fully initialized.