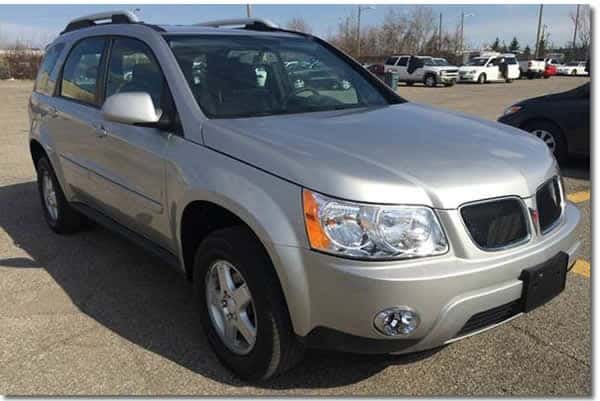 Torrent that was serviced a week ago

I have a front wheel drive, 6 cyl engine, 151,00 miles on it, Torrent that was serviced a week ago. The service performed included a coolant system flush. The following day the engine light indicated it was overheating. The next day the warning system sounded that the engine was overheating. Since it was a weekend I could not contact the dealership until Monday.

I took my car in this past Tuesday, April 18, and they kept trying to find the problem all week long. Now they are saying it was not a problem from what they did, but just a coincidence. In order for them to find the problem they want to begin taking the engine apart. They said it might be the heads, or an engine crack. The cost to just take it apart has been quoted at $660, then any and all repairs will need to be done. Are they correct in stating that the coolant flush, and oil flush had nothing to do with the problem?

Prior to taking it in because of the engine light being on, which was emission related, I have not had the vehicle overheat. I only drove it 10 miles home and then 10 miles back and forth to work for 2 days. It only overheated on the way to work, not back. The temperature gauge only elevated on the trip going to work, I do work nights, but the temperature in Michigan has not been warm during this period. There was also no fluid leaking in my driveway or garage, nor was any seen in the parking lot. The dealership now claims it is leaking fluid after they drive it, which is causing it to overheat.

I have had all service done with this dealership since I bought the car new. I’m afraid to drive it in fear it will completely destroy the engine. But I don’t feel putting in a another 2 to 3 thousand will be worth it.

Are they correct in stating that the coolant flush, and oil flush had nothing to do with the problem?

It is hard to say. Not sure what your reason for having a coolant system flush performed was to begin with.

If the issues occurred from the coolant level not being refilled correctly it is possible that it would be partially at fault. However the vehicle should have been removed from service when the gauges indicated a problem. Continuing to use the vehicle is a distressed condition was your decission and may be the reason further damage has occurred.

Flushing
Important Do not use a chemical flush.
Store used coolant in the proper manner, such as in a used engine coolant holding tank. Do not pour used coolant down a drain. Ethylene glycol antifreeze is a very toxic chemical. Do not dispose of coolant into the sewer system or ground water. This is illegal and ecologically unsound. Various methods and equipment can be used to flush the cooling system. If special equipment is used, such as a back flusher, follow the manufacturer’s instruction. Always remove the thermostat before flushing the cooling system.
When the cooling system becomes contaminated, the cooling system should be flushed thoroughly to remove the contaminants before the engine is seriously damaged.