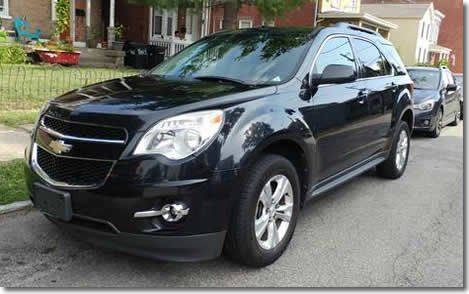 This auto looses oil. Where I don’t know where none on driveway or garage floor. It makes a diesel sound when accelerating, when its low on oil, check oil level and its down, put in a quart oil and runs great for a while,and I do put in Dexos 5w30

You have two things going on. The diesel sound when accelerating can be cured by using high octane fuel. If you already are, switch stations the next time it needs filled up and use the highest octane they have.

As for the oil consumption. The engine is burning it internally if there are no signs of external leaks.

May 22, 2016 — Owners of 2011 Chevrolet Equinox and 2011 GMC Terrain SUVs who have complained about excessive oil consumption problems may receive help from General Motors based on technical service bulletin (TSB) 15285C.

Owners of the SUVs say their vehicles consume oil at excessively rapid rates and cause constant refills and repairs. The 2011 Chevy Equinox and GMC Terrain SUVs are equipped with 2.4-liter gas engines, vehicles that have come under previous service bulletins for the same oil consumption issues.

GM describes excessive oil consumption as a vehicle that uses a quart of oil every 2,000 miles or less and blames the problem on wearing of the piston rings.

However, other owners have complained about the results of those expensive engine repairs.

“According to invoice replaced 1 Piston, gasket and chain! It now runs worse then before! Idles at 500 rpm.” – 2011 Chevrolet Equinox owner / El Paso, Texas

Chevy and GMC dealers were told in previous technical service bulletins to install updated engine control module calibration and perform an oil consumption test. This time dealers are told to diagnose the problem and replace the pistons.

General Motors says repairs will be made free of charge based on warranty coverage extended to 7.5 years or 120,000 miles, whichever comes first. The coverage begins from the date of sale of the SUV.

If you own a 2011 GMC Terrain or Chevy Equinox and experience excessive oil consumption, contact your local dealership and ask about TSB 15285C.