Mitsubishi turns over much longer before start 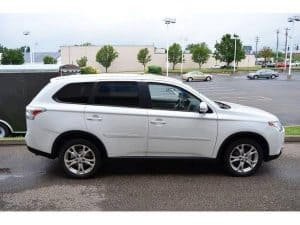 My 2016 Mitsubishi Outlander Sport just started not starting on first try as normal. been about 4 times its been hard to start, turns over much longer before start. sounds normal as it turns over just doesn’t start right away?

This is usually a sign of lack of fuel pressure. A quick test would be to cycle the ignition key several times before trying to start it. This will allow a little bit more time for the fuel pump to build required pressure. Turn the ignition key ON and hold for 3 to 10 seconds, then turn it OFF. Do this several times and then try to start the engine. If the engine fires right up like it normally did then you know the issue is fuel related.

Cranks over longer before starting because of fuel pressure

There is a chance that a vacuum leak is causing an issue. Loose connections at or around the Mass Air Flow Sensor will cause a false signal to be sent to the engines computer and may make it difficult to start.