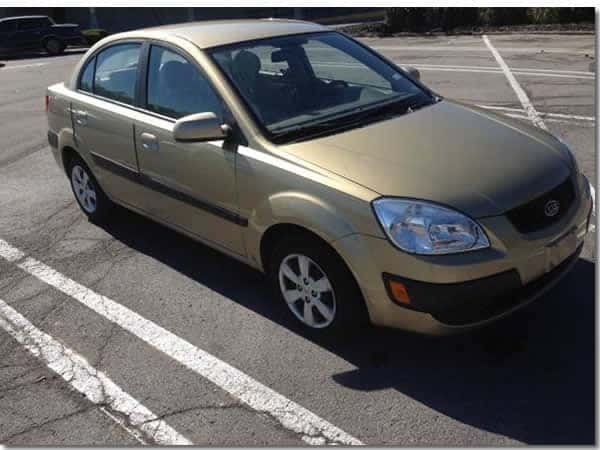 On September 29 this year, when I was about to leave our school parking lot, I was backing away from my parking slot when all of a sudden the engine stopped. I started the engine and it worked and I was able to go home. Sunday, October 4, after attending church, we stopped by drugstore to buy medicine when all of a sudden the engine stopped again. But this time the engine would never start after 10 tries. So I have the car pushed to make it start, but nothing happened after 4 tries. Then, after resting for about 10 minutes, the engine started when i turned on the key. We went home. The next day, September 28, just as i was about to park on my usual parking slot, the engine died again. The security guards and a janitor help push the car to the parking slot. In the evening we were able to go home without engine trouble.
The next day had no trouble again. But on Wednesday morning, when i was about to park the car on my slot, the engine died, but, it was a good thing I was almost finished positioning the car. i turned the key, nothing. In the evening, i started the engine and observed. The engine died after 15 minutes. Then after 30 minutes it turned on with just 1 click of the key. After about 8 minutes of travel the engine went out when we were slowing down along the spillway and the gas pedal was released. Good thing we were downhill and i was able to park properly. Waited for thirty minutes and we were able to make to our house which was just about 600 meters away from where we stopped. The next day, almost the same things happened.
So on October 3, I brought the car to a mechanic who was referred to us, the mechanic claims he is an expert with Hyundai and KIA cars. He said that the probable problem is the crankshaft sensor, camshaft sensor, tension wire, and the coil. But he said, it could be that everything just needed cleaning, and so he did, and even change the spark plugs and the gasoline hose. He never checked the tension wires. After a few kilometers of test drive of more than 30 minutes, the engine never died out. So were charged 1,500 pesos (roughly about $32). there was no trouble on our way, which actually took us 30 minutes because of heavy traffic.
On Monday, October 5, the same thing happened to the car as it was on September 28.we never used the car until October 10 when we brought back the car to the mechanic. He replaced the camshaft sensor with a brand new original one and engine oil was changed. On our way home, the car stopped. but I didn’t bother to bring it back to that mechanic because I realized that he does probably does not fully know how to diagnose the car and was just doing a trial and error.
The car was not used for a week again until October 17 when we brought it to a decent-looking car repair shop with seemingly-complete equipment and facilities. The mechanics there told us that the sensors couldn’t be the culprit but the ignition coil. That according to them was based on their rich experience in repairing cars. In short, after a computer diagnostic showed no other problem with all the other computer-connected parts, they have the ignition coil replaced with a brand new, original. After drive-testing the car for a few kilometers and keeping the engine running for more than an hour, they declared that problem was fixed.
The next day, October 19, on our way to the church, the engine stopped again when i slowed down to turn right to a corner. The car was pushed to the side. Then the engine turned on again after 20 minutes or so and was able to park near the church. After the church the engine started again then went dead again after 8 minutes. It took us 3 hours to get home because of the repeated turn-on/turn-off. The car was only used again on October 24 when I brought it back to the repair shop. For an additional service fee, one of the mechanics replaced the tension wire, and allegedly adjusted the throttle. The engine went out again on my way home.
I decided not to bring it back to them because it was my second visit already and nothing happened, and that they were telling me that if the engine goes off again then they will do something more but this time for a higher service fee, aside of course from parts price.
Can you give me an idea what could be wrong before I bring it to a KIA service? We have a bad experience with big KIA service center along E. Rodriguez Ave, QC. We had our car checked and repaired there about a year ago. We were charged Php7,000 (about $150), but turned out that they were not able to fix the problem because problem was the Bendix (we have the whole starter assembly replaced with a brand new and that fixed the problem). Thanks