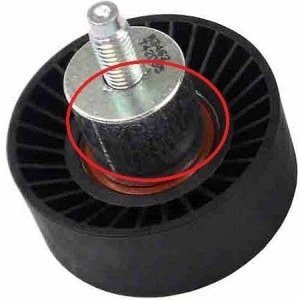 Hi, my name is Eric i have a 1998 ford escort ZX2 2.0 liter hot coupe. I bought a timing bet kit from Auotzone and had no problems threw entire installation until i got to the time Gates T42035 Timing Belt Pulley tensioner. It wont go on because it has recessed bolt instead of a flush bolt. Another words it does not line up with the rest of the components, the timing belt cover won’t go on let alone the belt. So I thought I was given the wrong part so I go back to the store and check, but that is the part they have listed. But that didn’t surprise me much because they make mistakes ALL the time. So i start googling it and sure enough that is the part listed at Fordparts.com and every other place I check. So don’t know what to do, or how to explain it in further detail.