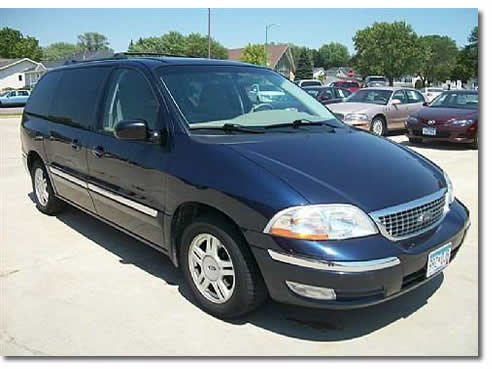 The Ford Freestar was first introduced in 2004. Before that was the Ford Windstar produced from 1994-2003. But was available in Canada in 2002 as a Ford Freestar. So I am going to assume this is a Canadian Version. Not certain of the engine that is in yours.

I would like to determine if this noise in internal or external in the engine. Removing the drive belt and testing should be helpful. If the noise goes away with the drive belt removed, the problem is external and you can then look at the bearings in the pulleys and or accessories driven by the belt. If the noise is still there, then you know the noise is internal. The most likely reason for and internal noise as you described it would be timing chain related.