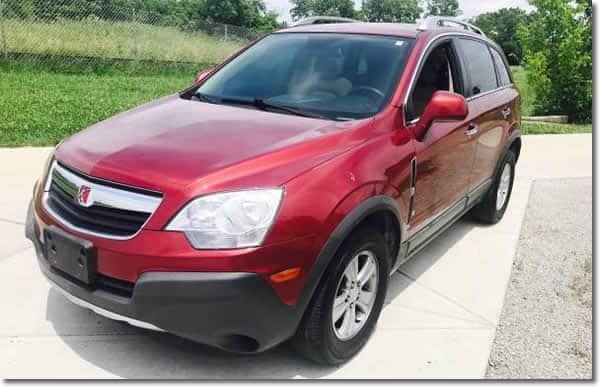 08 Saturn Vue 3.6 engine has an AC problem blowing hot at stoplights. Mechanic diagnosed it, replaced the expansion valve and radiator fan assembly and performed evac and recharge to no avail. Mechanic is unavailable right now. Any ideas on what else could be the culprit?

Sounds like they were on the right track as far as thinking the high speed fan wasn’t functioning. A new fan was installed but I wonder if the issue is in a high speed relay or something. Lets pull up the Cooling fan wiring diagram and take a look.


It looks like there might be a couple of relays in there that you could swap around for testing.

Refrigerant is the key element in an air conditioning system. R-134a is a very low temperature gas that can transfer the undesirable heat and moisture from the passenger compartment to the outside air.

The condenser is located in front of the radiator for maximum heat transfer. It is made of aluminum tubing and aluminum cooling fins, which allows rapid heat transfer for the refrigerant. The semi-cooled liquid refrigerant exits the condenser and flows to the Receiver/Dehydrator(R/D).

The R/D contains desiccant that absorbs moisture that may be in the refrigerant system. The R/D also acts as a storage vessel to ensure that a steady flow of liquid reaches the Thermal Expansion Valve (TXV). The refrigerant exits the R/D and flows through the liquid line to the TXV.