I did a head gasket job, I had trouble with the timing belt and got the crankshaft ahead of the camshaft two or three teeth and cranked it a few times before I found it, I realigned the belt and wont start , should I be worried about some bent valves? or am I possibly still safe as I’m sure its an interference engine. It is a 1997 Honda Civic 1.6L SOHC.

Yes, you should be worried about bent valves.

You should perform a compression test on each cylinder since you know for certain that the timing belt is set correctly now. This will let you know if you have a bent valve.

The compression should be similar for each cylinder. If one is considerably less, like 20 psi or even 0 psi, you have an issue.

With the timing belt removed, avoid turning the camshaft or crankshaft. If movement is required, exercise extreme caution to avoid valve damage caused by piston contact. 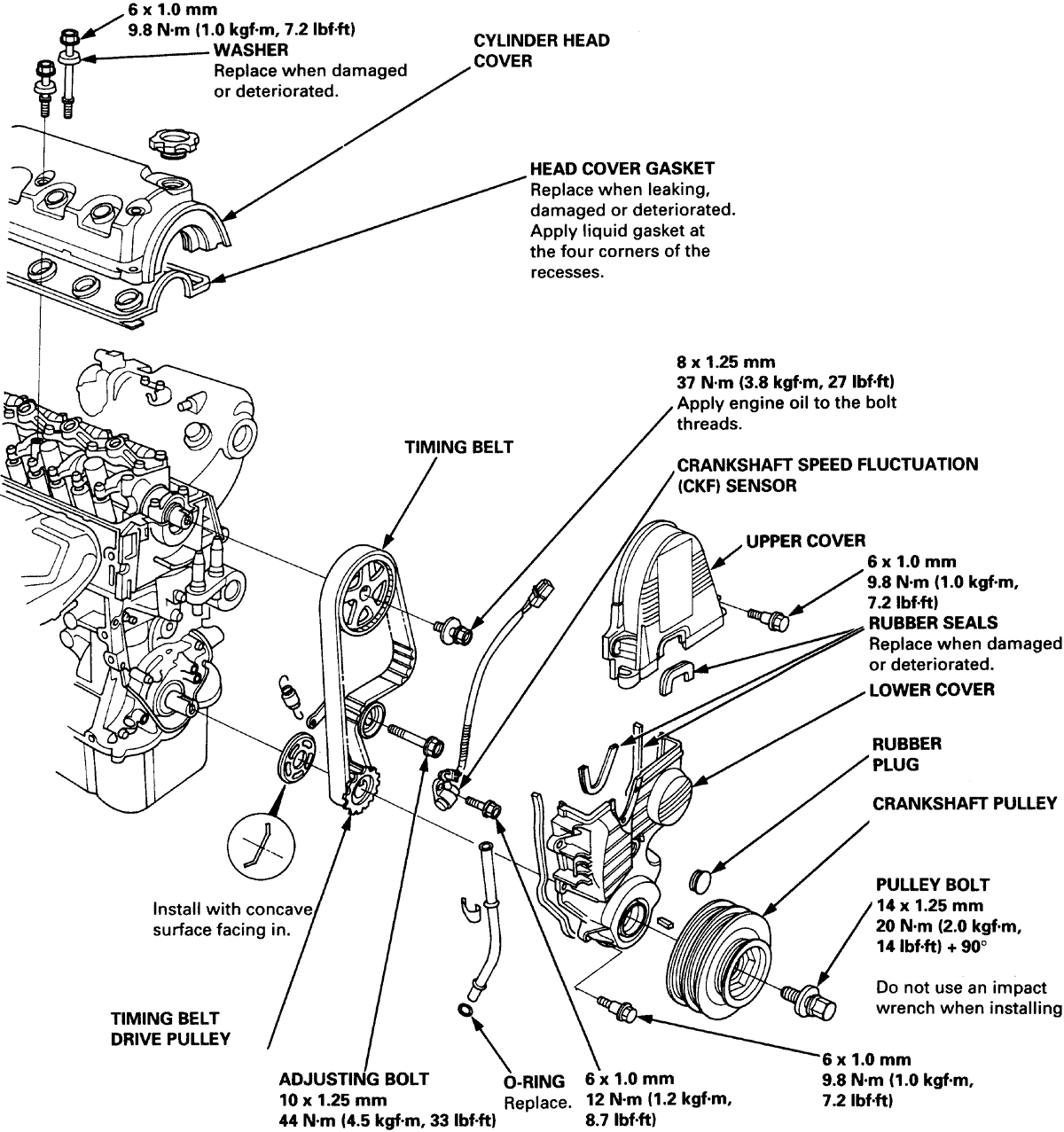 4. Remove the power steering pump mounting and lock bolts, then position the pump aside with the hoses attached.

10. Support the engine by positioning a suitable jack and wooden block under the engine oil pan.

14. Remove the crankshaft position sensor retaining bolts, then disconnect the electrical connector and remove the sensor.

19. Ensure the crankshaft and camshaft sprocket timing marks are aligned.

22. After the timing belt has tensioned, tighten the tensioner pulley retaining bolt.

25. Install the crankshaft pulley and torque the attaching bolt to 14 ft. lbs., then tighten bolt an additional 90°. Do not use an impact wrench.

26. Turn the crankshaft pulley approximately 5-6 revolutions counterclockwise to position the timing belt on the sprockets and pulleys.

28. Position the No. 1 cylinder at TDC compression stroke.

30. Rotate the crankshaft counterclockwise until the camshaft sprocket timing mark is located approximately three teeth of the from the front cover timing mark.

32. Align the crankshaft pulley and camshaft sprocket timing marks. If the marks are not aligned, the timing belt must be removed and installed once again.

33. Install the engine oil dipstick tube with a new O-ring.

35. Remove the jack and wooden block from under the engine oil pan.

37. Install the upper timing belt cover, then the engine oil dipstick with a new O-ring.