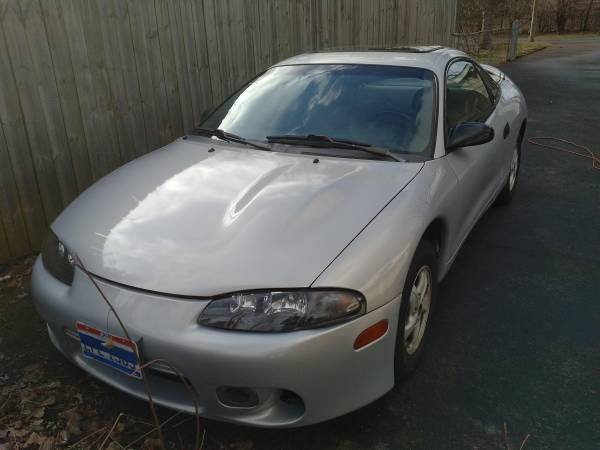 Will the engine of an Mistubishi Eclipse 1996 fit in the body of a Mitsubishi eclipse 1999?

The second generation of the Mitsubishi Eclipse was produced from 1995 to 1999. So the short answer is YES. There are some variables to consider. Make sure the engine replacement engine is the same so that the electronic controls will work properly.

Mitsubishi Motors quietly updated its 4G63 engine in 1998 and 1999. The crankshaft is more precisely shaved and cut compared to previous years. It is identical to that used in the Mitsubishi Lancer Evolution, which was not yet sold in North America until 2003. The thrust bearings have been revised to a “split” type to allow better lubrication and self-alignment with the crankshaft. It also had improved tuning & functionality, thanks to a new ECU, which was similar to Lancer Evolution ECUs. Although originally deactivated to protect the drivetrain, it included advanced features such as launch control, boost control, adjustable rev-limit, fuel system control and even fuel and boost map selection for certain Mitsubishi Heavy Industries turbochargers.