08 Saturn Aura has to be jumped started 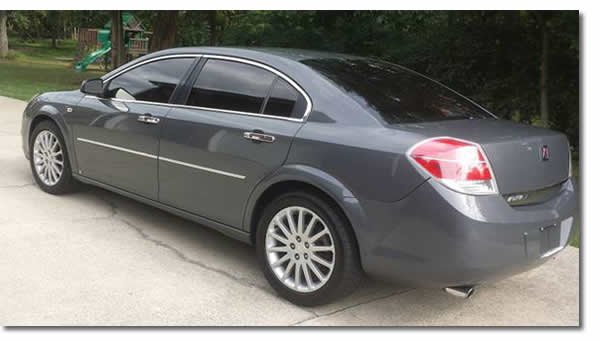 In March my car had the alternator and battery replaced and has been running fine until about 2 months ago. 2 months ago when I tried to start the car I got a clicking noise, but all interior lights came on. We thought it was the weather changes as it hadn’t been driven in about a week and jumped it. The car started and ran. We then had the alternator and battery tested and no issues were discovered. No lights were left on and not even a charger was plugged in, but the next day the car was dead again. We had the lines to the alternator tested and they are secure, but any time I need to use my vehicle it has to be jumped to start it for the initial use of the day. What could be causing this?

A glove box light may be on or an underhood/trunk light if equipped. With that being said, there is a small potential for a parasitic draw on the battery. However I do not think that is the case here. I know the battery is new but I am still going to say that replacing it with a know good battery would be a great next step. And something I want to add. Each time a battery is jump started it cause internal damage to the battery. So at this point the battery is close to being on its last leg anyway.

A great way to test a battery is to use a Battery Load Tester. They are not to expensive and can also be used for checking the charging system. You simply attach the leads of the tester to the battery, press and hold the load button and read the meter. This is done to simulate the amount of amperage draw done by the starter motor.