We have a code p0340 CEL and the camshaft sensor has been changed. I need to replace the 3 wires in the harness from the ECM to cps could you provide the wiring diagram? It is a 2009 Hyundai Sonata 2.4 GLS.

First of All the Camshaft Position Sensor is an electronic device used in an engine to record the rate at which the camshaft is spinning. Therefore this information is used by the Engine Control Module(ECM) to control ignition and fuel injection. The camshaft position sensor senses the retraction of camshaft (intake) to identify a particular cylinder. Hence the camshaft position sensor senses the piston position. The sensor system consists of a rotating part, typically a disc, as well as a static part, the actual sensor. 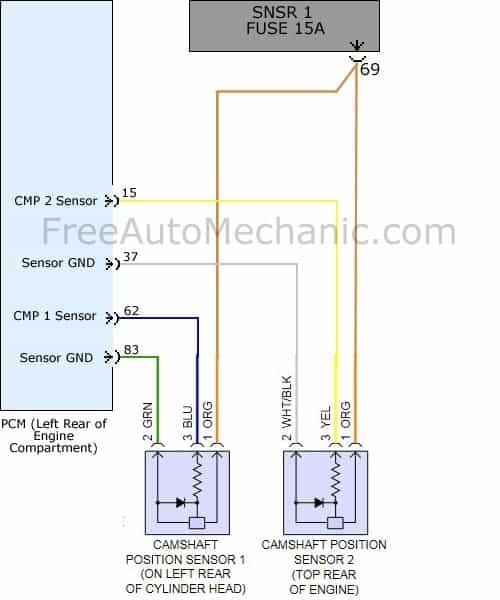