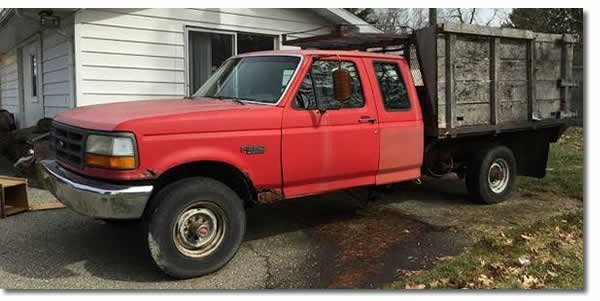 I have a 1993 ford f-superduty 7.3l diesel and my tachometer don’t work. It’s an EO4D trans, and it don’t shift unless I do it manually?

I don’t know that the tachometer not working has anything to do with the transmission shifting issue but I added the wiring diagram for investigating. However the speedometer, odometer and transmission are directly affected by the VSS – Vehicle Speed Sensor. This is what I would look at first. Remove it from side of the transmission. Look at the end of it for metal fragments sticking to the magnet. Remove them and re-install or replace.

Input signals form sensors are sent to the powertrain control module (PCM). The PCM can determine when the time and conditions are right for a shift or converter clutch application. The PCM can also determine line pressure needed to optimize the shift feel.