Tirespeak: Know How to Read Your Tires

When shopping for tires, it's important to know the meaning of all those mysterious embossed letters on the sidewall of the tires. It's not as complicated as you may think. Here's how to decipher them.

How do I determine how old my tires are? Can anyone tell when a tire was manufactured? Is there a tire date somewhere on the tire?

These are all good questions. All tire manufacturers are required to mark each tire with the date of manufacture. So evey tire has the date stamped right on the sidefor all to see. For all tires from the year 2000 to present, the date of manufacture are the last four digits of the DOT code. The first two digits are the day of the week and the last two digits are the year. Now you know exactly how to find out just how old your tires are. Use the location chart below to help locate the tire date. 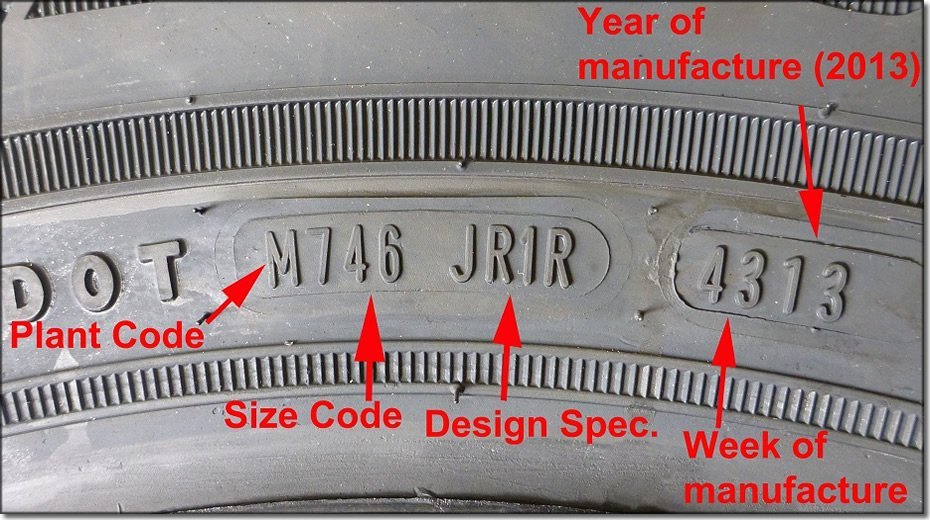