The computer sends out a timing advance correction to the ICM over the SPOUT wire and then looks for the change on the IDM wire.

You might check the ECT or the IAT sensor for your problem.
Also check the SPOUT/IDM wire going to ground.

ECT - Engine Coolant Temperature sensor and it has two wires on it.
IAT - Intake Air Temp

IDM (feedback) is a Dark Green with a Yellow stripe wire on the distributor connector. 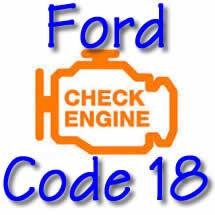